The Palliative Outcomes Initiative (POI) Community of Care – Auckland’s Specialist Hospices is an Auckland wide approach to primary palliative care. The project team has been producing resources on palliative care in multiple languages for access by primary health sector including general practices and aged residential facilities.

The New Zealand government announced in September 2018 an increase in the annual refugee quota to 1,500 from July 2020. As a result of this quota increase, the delivery of government funded health services for quota refugees will change from July 2020.

This Atlas is produced by the University of Waikato as part of a broader research programme looking at the changing composition of New Zealand's population: Capturing the Diversity Dividend of Aotearoa/New Zealand (CaDDANZ).

Before we end the year, we are pleased to announce that we will be kicking off 2020 with a special event with Dr Chittaranjan Andrade M.D. an international speaker hosted by eCALD® Services and sponsored by Janssen Pharmaceutical

Gua Sha, also known as Gua Sha therapy, is a traditional treatment based on the meridian-acupoint theory of traditional Chinese medicine (TCM). It is important for professionals engaging with children and young people under the age of 16 to be aware of the differences in bruising appearance between Gua Sha therapy and what may be perceived as bruising from family harm.

Did you know!! South Korea has one of the highest rates of suicide deaths among developed countries. In 2019, the suicide rate was 26.9 per 100,000, which was two times higher than the average suicide rates of other OECD countries (World Population Review, 2019).

New Zealand population is increasingly ethnically, culturally, religiously and linguistically diverse. We have people coming from all over the world. 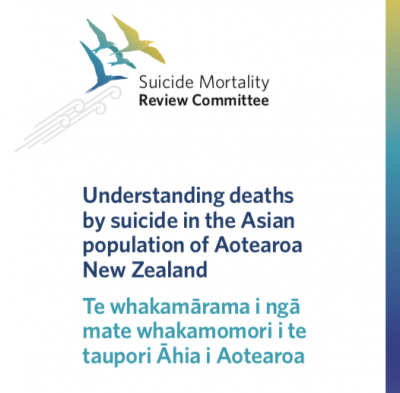